Agilent Technologies Inc. (NYSE: A) today announced the expansion of its award-winning Infiniium 90000 X-Series oscilloscope family to include the world’s highest performance mixed-signal oscilloscope, or MSO. The expansion adds six new MSO models, as well as 13-GHz DSO and DSA models, to the X-Series.

Engineers and developers use MSOs to accelerate testing by employing the additional trigger flexibility for debugging and validating their devices.

The new 13-GHz DSO, DSA and MSO models give engineers access to the industry’s lowest noise and jitter measurement floors of the Infiniium 90000 X-Series at an unprecedented low price.

“As system speeds have increased, it has become clear that additional digital channels, with performance appropriate to the analog scope bandwidth, would mark the next breakthrough in insight for our customers,” said Jay Alexander, vice president and general manager of Agilent’s Oscilloscope Products Division. “Pairing the world’s fastest MSO with up to 33 GHz of true analog bandwidth allows engineers to accurately debug and validate emerging technologies such as DDR4-3200.”

With the Agilent Infiniium 90000 X-Series, current and future customers who purchase DSO or DSA model oscilloscopes can upgrade to MSO functionality. Most high-speed MSOs available today come with fixed configurations that cannot be upgraded. Agilent’s N2834A upgrades let users add MSO capability at any time. This capability, along with Agilent’s existing bandwidth and memory upgrades, makes the X-Series one of the most flexible and expandable platforms on the market.

Unlike other MSOs, Agilent Infiniium 90000 X-Series MSOs have up to 400 million points of data capture behind each digital channel. To accommodate sample-rate differences between the high-speed analog channels and the digital MSO channels, this memory depth can be automatically sized with the analog trace length, including the full 2-Gpts memory available on Agilent oscilloscopes. This memory depth allows for fully time-correlated capture of elusive events that span a long time record.

Very fast memory channels, such as DDR3, often have complex signal qualification conditions that can elude even the most adept engineer. Agilent has added a special DDR triggering mode to the new MSOs to perform read/write separation and eye alignment for these complex conditions.

Protocol errors plague even the most mature system designs. While some modern scopes have the ability to move up the protocol stack on the analog channels, an engineer trying to understand root cause can quickly use up the scope’s analog channels. Adding an MSO makes up to 16 high-speed digital channels available for the measurement. Protocol checking on the digital channels for a measurement like DDR makes it possible to see the full view of analog impacts while validating protocol compliance.

The MSO uses the same 90-pin connector found on Agilent’s logic analyzers. This allows access to a broad range of probing accessories including:

Want to join the discussion?
Feel free to contribute! 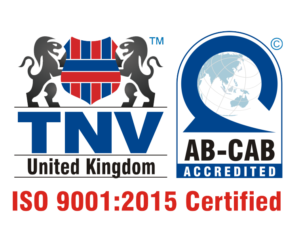 Delivering Quality To Every Single Customer.

Delivering Quality To Every Single Customer

This site uses cookies. By continuing to browse the site, you are agreeing to our use of cookies.

We may request cookies to be set on your device. We use cookies to let us know when you visit our websites, how you interact with us, to enrich your user experience, and to customize your relationship with our website.

Click on the different category headings to find out more. You can also change some of your preferences. Note that blocking some types of cookies may impact your experience on our websites and the services we are able to offer.

These cookies are strictly necessary to provide you with services availlable through our website and to use some of its features.

Because these cookies are strictly necessary to deliver the website, refuseing them will have impact how our site functions. You always can block or delete cookies by changing your browser settings and force blocking all cookies on this website. But this will always prompt you to accept/refuse cookies when revisiting our site.

We fully respect if you want to refuse cookies but to avoid asking you again and again kindly allow us to store a cookie for that. You are free to opt out any time or opt in for other cookies to get a better experience. If you refuse cookies we will remove all set cookies in our domain.

We provide you with a list of stored cookies on your computer in our domain so you can check what we stored. Due to security reasons we are not able to show or modify cookies from other domains. You can check these in your browser security settings.

These cookies collect information that is used either in aggregate form to help us understand how our website is being used or how effective our marketing campaigns are, or to help us customize our website and application for you in order to enhance your experience.

If you do not want that we track your visit to our site you can disable tracking in your browser here:

We also use different external services like Google Webfonts, Google Maps, and external Video providers. Since these providers may collect personal data like your IP address we allow you to block them here. Please be aware that this might heavily reduce the functionality and appearance of our site. Changes will take effect once you reload the page.

The following cookies are also needed - You can choose if you want to allow them: